History of The Club 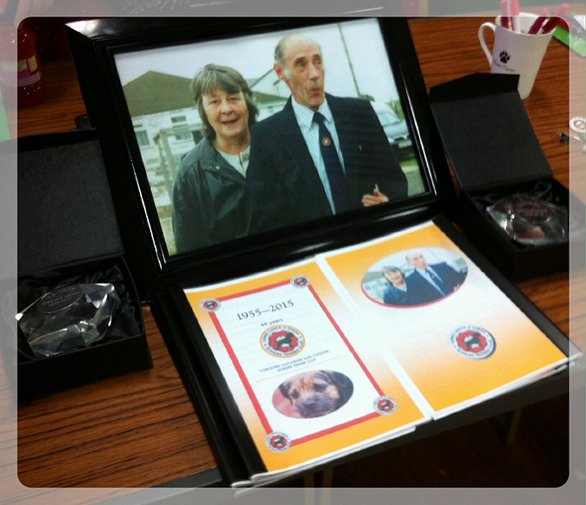 (Photo of The Late Cynthia & Gordon Knight. Secretary/Treasurer and Chairman)

2015 The Year of The Yorkshire Lancashire & Cheshire Diamond Jubilee

The first show the Club held was a Match Meeting on Saturday 29th October 1955 at the Oldfellows Hall Hotel, Shipley.

A Limit Show was held on the 7th January 1956 at the Temperance Hall, Skipton and the judge was Mrs Long. The profit on the show was 15 shillings and six pence (equivalent today of seventy seven and half pence).

An Open Show was held on the 2nd June 1956, the judge was Mr Fielding and the show profit was £1.

The first Championship Show was held on 15th July 1961 at Meanwood W. M’s. Club Leeds, the Judge was Mr A L Water of Hexham, with an entry of 64 dogs.

PRESIDENTS OF THE CLUB