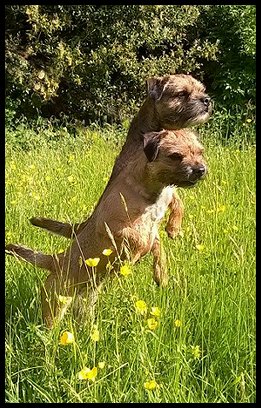 Breed Standard of the Border Terrier

Revised by The Kennel Club 1 January 2009

A Breed Standard is the guideline which describes the ideal characteristics, temperament and appearance of a breed and ensures that the breed is fit for function. Absolute soundness is essential. Breeders and judges should at all times be careful to avoid obvious conditions or exaggerations which would be detrimental in any way to the health, welfare or soundness of this breed. From time to time certain conditions or exaggerations may be considered to have the potential to affect dogs in some breeds adversely, and judges and breeders are requested to refer to the Kennel Club website for details of any such current issues. If a feature or quality is desirable it should only be present in the right measure.

Characteristics: Capable of following a horse, combining activity with gameness

Head and Skull: Head like that of an otter. Moderately broad in skull, with short strong muzzle. Black nose preferable, but liver or flesh coloured one not a serious fault.

Eyes: Dark with a keen expression

Ears: Small, V-shaped; of moderate thickness, and dropping forward close to the cheek.

Forequarters: Forelegs straight, not too heavy in bone.

Body: Deep, narrow, fairly long. Ribs carried well back, but not oversprung, as a terrier should be capable of being spanned by both hands behind the shoulder. Loins strong.

Tail: Moderately short; fairly thick at base, then tapering. Set high, carried gaily, but not curled over the back.

Coat: Harsh and dense; with close undercoat. Skin must be thick.

Colour: Red, wheaten, grizzle and tan or blue and tan.

Faults: Any departure from the foregoing points should be considered a fault and the seriousness with which the fault should be regarded should be in exact proportion to its degree, its effect on the terrier’s ability to work, and the health and welfare of the dog.

Reproduced by kind permission of The Kennel Club 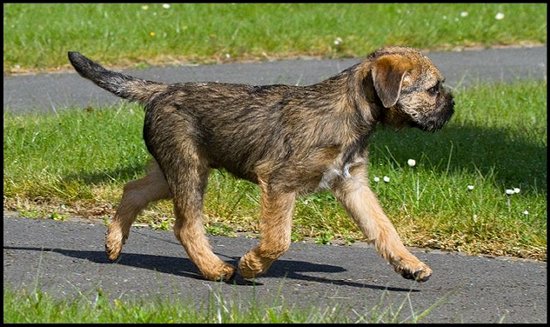 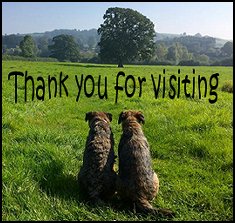